Google Translate boasts 103 languages, covering 99% of the online population and processes more than 1 billion user translation requests per day. I love Google Translate because it is so easy to use and it costs nothing. I hate Google Translate because the results I get range from an approximation to complete gibberish. Great for personal use, but bad for business. Given the complexity of languages in the world (check out our translation article), those of us challenged with international communications know that quality language translation is extremely complex: it is hugely demanding of expertise and time, and so of money. As they say, “you get what you pay for”. 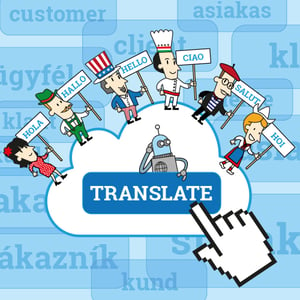 Way back in 2012, Google Translate research scientist Franz Och announced that more than 200 million people actively used their service each month; “to put it another way: what all the professional human translators in the world produce in a year, our system translates in roughly a single day, by this estimate, most of the translation on the planet is now done by Google Translate." Google Translate was launched in 2001 with 8 languages, all translated to and from English. That is essentially still the process today. Google has improved speed and accuracy of its statistical translation and covered 64 languages in 2014, translating a sentence in less than 1 second! To support the ongoing processes, in 2014 Google launched the Translate Community, “a crowdsourcing platform designed to improve machine translation quality by leveraging knowledge of multilingual users and language enthusiasts”. Google continues to improve its translation service algorithms and systems and as of 2016 Google Translate boasts 103 languages, covering 99% of the online population and processes more than 1 billion user translation requests per day. A lot of words by any standard. Clearly, there is huge demand and it provides a popular and successful service.

Statistical machine translation is the translation of text from one human language to another by a computer that learns how to translate from vast amounts of translated text. Let’s have a quick dive. Google Translate operates on statistics rather than pre-set rules. The algorithms and systems look for patterns in hundreds of millions of documents that have already been translated by human translators. Crunching massive amounts of text, Google originally leant heavily on UN translated documents, looking for parallels between two languages that a phrase in language A corresponds to a phrase in language B. This pairing process works when there is a vast amount of translated data. English is Google’s base language, so when the process was English to say Spanish, or vice versa, there is 1 language iteration. However, if the translation is from Russian to Spanish, there are 2 iterations, from Russian to English and then English to Spanish. An interesting example I found was Catalan to Japanese. This goes via Spanish and English, so with 3 iterations. What do you think are the chances of correct translation? It reminds me of a childhood game called “Chinese Telephone”. 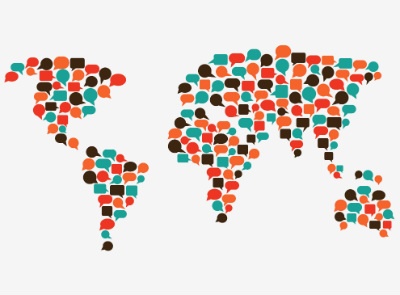 For personal use when translation is not important, I love Google Translate: understandable, fun and free. If you misunderstand that email from your Estonian mother-in-law and respond unintelligibly, you might be forgiven. You invite her for Christmas. I recommend the Google Translate app: excellent and easy, it is both useful and hilarious. As they say “See the world in your language with Google Translate”. As TechCrunch states, “One of the most intense experiences you’ll ever have is visiting a country that speaks a language different than yours. There’s a host of tools you can use, but Google’s Translate product has leapfrogged just about everything out there over the years”. So try it out and have lots of fun.

For business use, when translation matters, I hate Google Translate: it delivers serious levels of error, when commercial communications must be fully understood by all parties. Both in and out bound information and communication must provide the target audience(s) with the full and correct understanding, in the language where the two or more parties have a common level of high understanding. An example where it does not work for business is the Google Website Translator plugin, it is an unmitigated disaster. The takeaway by the online audience when looking at a Google tranlsated web site is, a lack of understanding about the company, its products and services as well as the clear statement that this company does not care enough about its international prospects and clients to professionally translate their website.